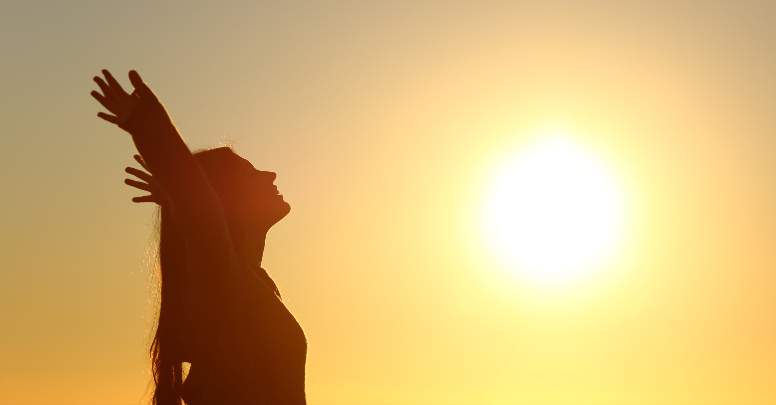 This past weekend, I had a wonderful conversation (via email) with a friend. Our conversation was about the previous post, “God Loves Responding to Your Questions.” In my first response to his email, I made the following statement: “I have been diligently going after the Father for the last ten years, and I hear His voice even clearer today than I ever had. But [God] had to first remove everything that was cluttering up our conversation together, like the religious traditions of the institutionalized church and their incorrect teaching. Since I stepped away from the teachings of Man, it has been a whole lot easier to hear God’s voice every day.”

What Clutter Is Getting in the Way?

My friend was intrigued by this statement. Wanting to know more, he asked, “…How one can reach this state with the Father?” Another way of asking, what clutter around me did God remove so I could clearly hear God’s voice every day? Before responding, I immediately asked God what He wanted me to tell my friend. This is the response I heard from the Heavenly Father. It is also for you as well and anyone who wants to hear God’s voice every day.

Have a Relationship With God Just Like in Heaven

Jesus’s model prayer for the disciples was that “Thy kingdom come. Thy will be done in earth, as it is in heaven” (Matt. 6:10, KJV). So according to what Jesus expressed in this prayer, God’s will is for His Kingdom to come to earth for every one of His children, just like it is in heaven. Therefore, we can have the same kind of relationship with God here on earth that we will in Heaven.

The Bible is not the problem in gaining an understanding of who God is. Rather, it is the wrong interpretation of it that causes the clutter that keeps you from hearing God’s voice clearly. Over the past seventeen-hundred years, man has been deceived by the enemy to incorrectly interpret the Bible from their own experience rather than what God originally intended for the people of the time when it was spoken. The best way to interpret the Bible is to simply ask God (the author of it) what it means. But even better, rather than primarily going to the Bible for all your answers, instead you should first go to God directly, and ask Him any question you have. We have been overly dependent on the Bible for all our answers, while we should be more dependent on God.

Communicate Directly With the Author of the Bible

Teachers, Pastors, and Leaders Can Limit You From Hearing God’s Voice Clearly

Jesus said that we should not call anyone Teacher (Rabbi) for the One is your Teacher – referring to the Holy Spirit; we should not call anyone Father for the One is your Father – referring to God the Father; and we should not call anyone Leader for the One is your Leader the Messiah – referring to Himself that is Jesus (Matt. 23:8-10). So, in the Church, why do we have Pastors which we often referred to as Teachers or Fathers, and why do we have other Leaders in Church that we call Apostles, Prophets, Evangelists, Elders, and even Deacons? These positions of leadership and authority were never God’s idea, but rather man’s. These were never meant to be positions of leadership and authority, but rather Spiritual gifts, never intended to rule over Man.

Remove Man-Made Authorities That Limit Your Relationship to God

However, God recognizes the authorities in which we put ourselves under – these man-made Church authorities. Thereby, we limit what we receive from God by the other Christian leaders we put ourselves under. The only way you will ever be able to receive directly from God is to first take yourself away from Man’s limited authority that God never intended in the first place. Then place yourself directly under God’s unlimited leadership and teaching.

For me, I removed all these limited authorities that hindered my relationship with God. So, I am no longer a member of any Church. In addition, I removed all my credentials and ordinations by the Church and any religious organization. Now I am directly under God’s unlimited authority – How the Early Christians were in the first three hundred years of Church history, and how God has always intended it to be.

My position to you is no longer Pastor, Apostle, or even Teacher. Now, my position to you is simply your brother. Our only Leader is Jesus – the Messiah, our only Teacher is the Holy Spirit, and our only Father is God, our Heavenly Father. This has been a long journey for me over the last ten years of discovery with the Father. But I can tell you, I have more freedom today and can hear God’s voice clearer now than ever before. Since nothing is getting in the way of me receiving everything the Heavenly Father wants to give me.