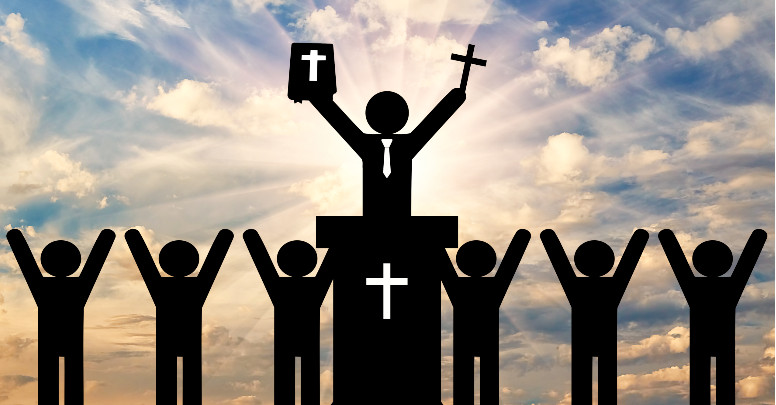 As I continued the discussion from my last post, “Hear God’s Voice Clearly: Remove the Clutter,” my friend had further questions about the current status of the Church regarding Christian growth. He asked if I thought, “…the church, as it is set up today, still plays a crucial role in bringing people who have no prior knowledge to Christ?”

Even though my friend agreed that “religious activities” distract us from “experiencing the Father directly,” he still struggled with “…what the situation will be like if we did not have churches and the hierarchy of religious leadership on earth.” You might have similar questions, as well. Read on to find out the answers God impressed upon my heart that Christian growth might not be as you expected.

What Is the Christian Growth Illusion?

One of the illusions of most Churches (I refer to as Man’s Church, not God’s true Church) is that they still play a crucial role in bringing people to Christ. However, even though it appears that many people are being saved through the Church, the illusion is that there has been an increase in the total percentage of Christians in the world. Yet, this is not the case. In fact, for the last one-hundred years, the percentage of the total Christian population has not changed. It has remained around 1/3 of the total population for over a century.1 And by the year 2015, the percentage of Christians in the world declined slightly to around 31.2 percent of the 7.3 billion people in the world.2

Most Christian Growth Happens from Within Church Ranks

Even more, the majority of the conversions in the Church come from within and not from bringing people in from the outside who have no prior knowledge of Christ. According to Pew Research Center, Christians had more births than deaths in recent years where “between 2010 and 2015, an estimated 223 million babies were born to Christian mothers and roughly 107 million Christians died – a natural increase of 116 million.”2

What About the Millions Converted at Evangelic Events?

Man’s Church Has Only Maintained Its Numbers

At best, Man’s Church is maintaining its numbers. On the other hand, it appears that the enemy is winning with 2/3 of the population claiming to be anything else but Christian. This is not what God ever intended His True Church to look like – a weak body not prevailing against the gates of Hell.

A few years ago, I took a survey of young adults, ages 18 to 35 in the U.S. (a very small sample), and asked them some questions about their relationship with God and how the Church played a part. What I discovered was that about 1/3 of those I surveyed desired to have a relationship with God. My small tentative survey appears to parallel the statistics above that 1/3 of the population is Christian.

However, what surprised me was that, of this group of young adults who wanted a relationship with God, sixty-two percent of them were not going to church at all. Accordingly, there seems to be a bigger percentage of young adults that want a relationship with God found outside the church and not inside. And I would hasten to say, probably the majority of the other thirty-eight percent of young adults that the Church is affecting come from within their ranks. Is the Church, Man’s Church, really making a difference among this group of people?

God’s True Church Is Where the Enemy Will Not Prevail

This New Church, God’s True Church, will not be anything like how most Churches operate. It will be a place where God is their only Father, Teacher, and Leader. A place where we are all equal in position and authority – brothers and sisters in Christ. A place where everyone can hear God’s voice clearly and share with the rest who have also heard from Him as well. What a great time of sharing among God’s family.

God Will Build His Church, Not Man

It is God who should be building His True Church and not man. But, Man has built large structures and empires around a hierarchy of leadership that they refer to as the Church. Man’s concept of Church is far from God’s original intent of what His True Church should be.

God Will Draw Many to His True Church by Great Miracles

Right now, God is already removing the walls of lies and deception the enemy has erected around God’s people to keep them away from having a direct dynamic relationship with Him. Just as Jesus drew many of the Jews away from the traditions of the Pharisees through great miracles, signs, and wonders, so too will God, through his people, perform great miracles and draw many away from Man’s Limited Church to Himself and what God wanted to do in the first place – to have a Church where all His children are following everything God is doing and saying just as Jesus did, and do what He did and even greater things.

[Get my book Supernatural Wave of God’s Presence to discover how you can follow God just as Jesus did and do these greater miracles of God’s Kingdom.]

God’s True Church Will Push Back the Enemy

God’s True Church will be victorious over the enemy and push back the gates of Hell so that at least 2/3 or more of the world will have a personal relationship with Jesus Christ and not the other way around. Doesn’t that sound more like what God’s True Church should be like?

4Notes on 89% calculation: 116 million natural Christian increase divided by 418 million total increased population between 2010 and 2015 is about 27.8% of the total population attributed to natural growth of Christians. This 27.8% is divided by 31.2% (percentage of Christians in the world) calculated to be about 89%. This 89% represents the approximate Christian growth attributed to natural growth within their ranks from the period of 2010 to 2015.